I spent a few weeks during April and May in the US, visiting my research partners there: CNMAT at UC Berkeley and CMC at Columbia University, New York. The aim with the trip was to explore these key institutions, study their archives, interview people, and present my own research as well as organising a symposium and a workshop. This was an extremely fruitful trip: these two institutions have been key actors in the development of electronic and computer music for decades. CNMAT was founded in the late 1980s, and has been the location of some important research (I might mention the OSC protocol, the o-dot library, but also countless new music systems, pieces, and performances) under the direction of the interdisciplinary inventor and musician David Wessel. The Computer Music Center at Columbia has a longer history, founded in 1958, as the Columbia-Princeton Electronic Music Center, by Vladimir Ussachevsky (1911-1990) and Otto Luening (1900-1996). Milton Babbitt began working at the center shortly after its inception (hence the early Princeton connection). Other composers affiliated with the center include Jon Appleton, Luciano Berio, Wendy Carlos, Charles Dodge, Halim El-Dabh, and Edgard Varèse. The RCA Mark II Synthesizer was a flagship technology of the centre right from its foundation and it is still standing, although not in a functional state. 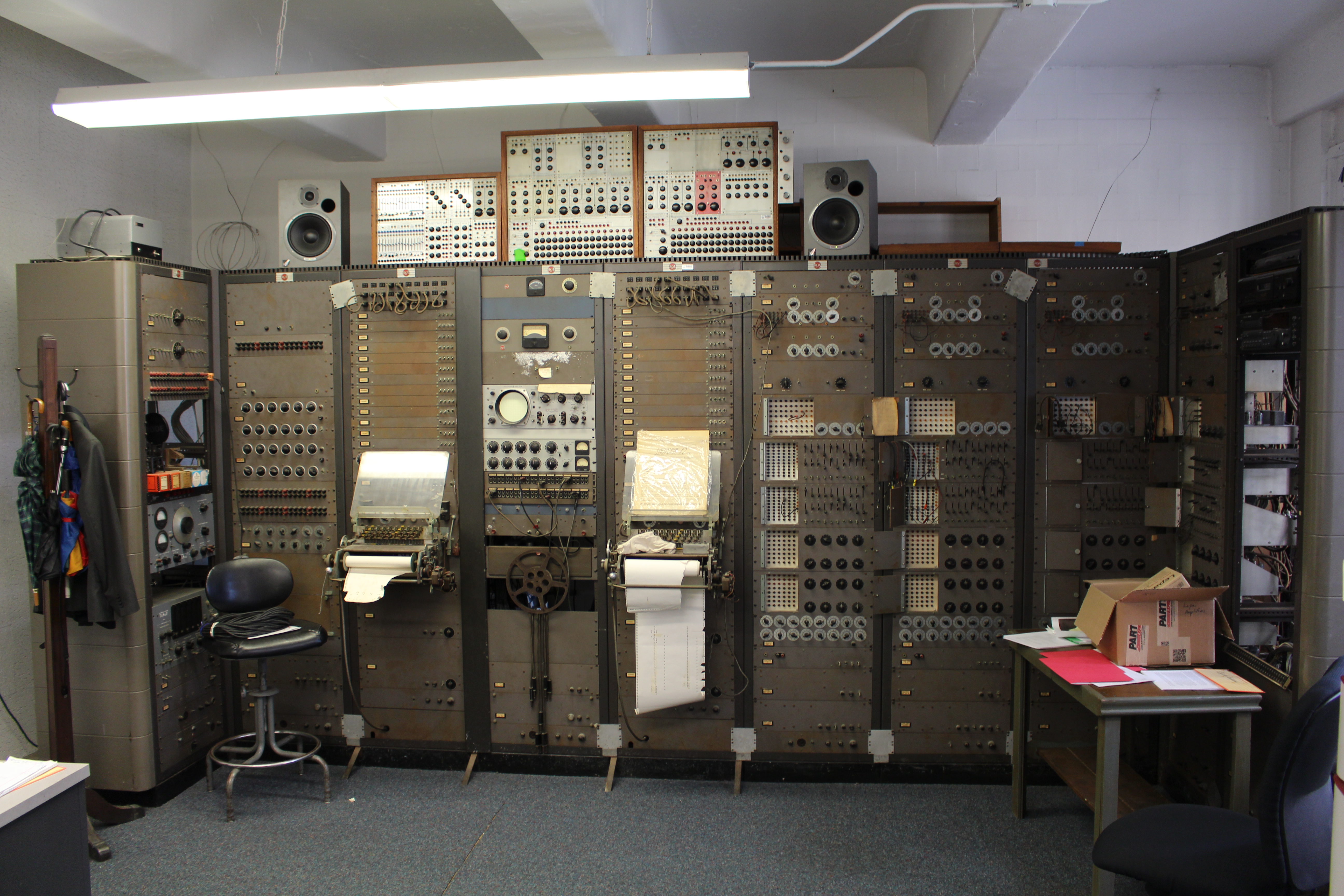 The RCA Mark II synthesizer at CMC Columbia. This is actually bolted down in Brad Garton's office.

I was fortunate in that shortly after I arrived to the Bay Area, the Recombinant Media Labs (RML), the Associates of Don Buchla, Gray Area, and Obscura Digital organised a two-day festival in celebration and rememberance of the synth pioneer Don Buchla. The festival was jam-packed with interesting performances, panel discussions, and an exhibition of Buchla technologies. See the programme here. 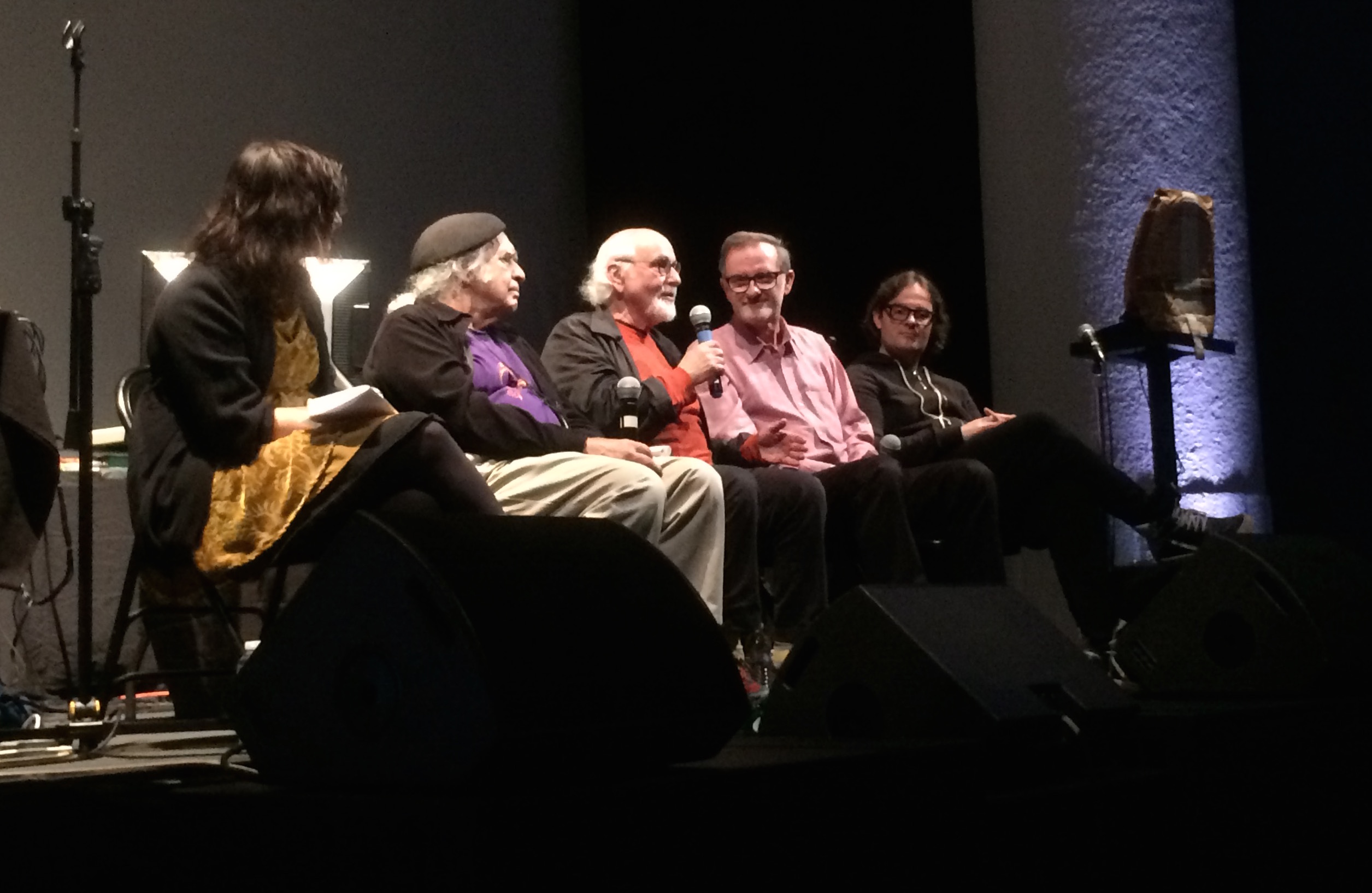 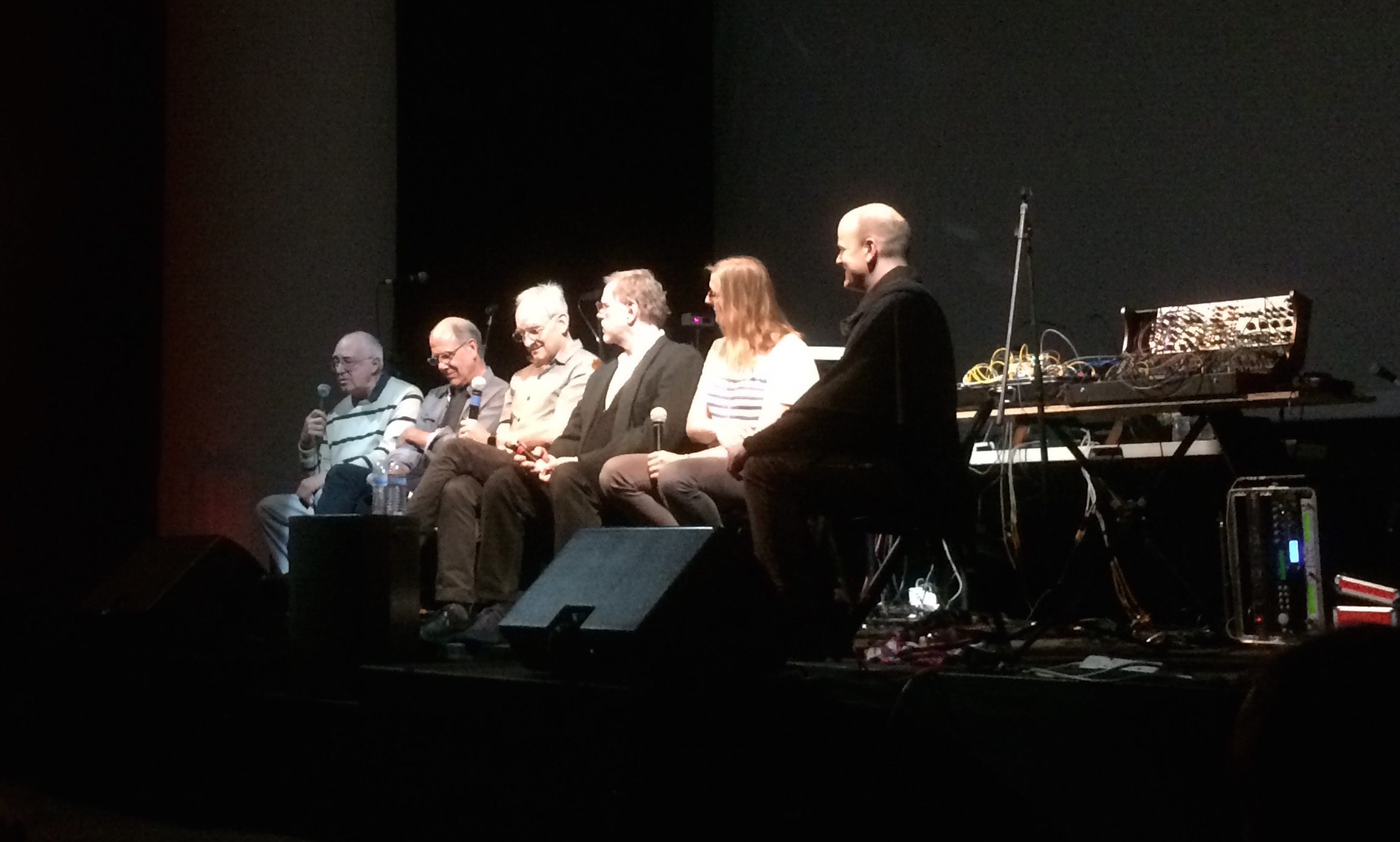 There were some fantastic musical performances (and I’ll link to a clip of Suzanne Ciani’s performance here below), and I really enjoyed the two panels too. Buchla was an inspiring, life affirming fellow whose curiosity and engagement with new technologies (and perhaps more importantly, the mind) never ceased to take his explorations into new directions. I will probably post the two panel sessions soon on the Sonic Writing YouTube channel.

The Sonic Writing book project is taking shape and it was great to meet up with the Bloomsbury editor in New York. Considerable part of the trip was spent on meetings and interviews with some very interesting practitioners and researchers and I interviewed the following people (in this order): Roger Linn, James McCartney, Laeticia Sonami, Suzanne Ciani, Pamela Z, Ed Campion, Rama Gottfried, Brad Garton, Ken Butler, and Laurie Spiegel. An amazing group of people, all of whom have contributed so much to the way we think, compose and perform music with contemporary technologies.

I am still digesting the interviews. They were all mind blowing in their own way, but if there is anything that appeared as a common thread in these discussions it might be the sensation that we are at the cusp of some drastic changes in music technology, in the way we as humans make, perform, and listen to music. Common observations regarded a certain fatigue with the digital media, caused largely by how strong and few the new media moguls have become and how their products affect social and political life, disillusioning anyone who was optimistic about the internet in its early days. This fatigue could be exemplified by a retro movement of modular synthesizers, acoustic instruments and hybrid versions of those, and DIY in instrument making. But parallel we observe developments in machine learning, where, in the past few years, some incredible developments have taken place. Machine learning will be used at all levels of musical creativity in the future, from computational creativity (composing whole pieces of music), to mapping and personalisation features in our musical instruments, to core sound synthesis, where parameter morphing will be achievable at a level unprecedented by physical modelling or concatenative synthesis.

We might see a parallel in how new music technologies in the past were the domain of a few privileged people who had access to the equipment at Bell Labs (such as Matthews and Spiegel), CMC (Ussayevsky and Babbit), or the San Francisco Tape Music Center (Buchla, Subotnick, Sender) - and later IRCAM, the Milano Studio, or STEIM. Equivalent technologies are all mostly available today for free in people’s laptops. However, what we consider today as the privileged spaces of new music are, for example, centres for spatialisation, like the wavefield synthesis systems at the Technical University in Berlin or IRCAM, or institutions with strong computer networks that enable research in machine learning applied on multicore GPU matrices. Access to such computer networks is limited to downtime at relatively few research institutions - and this is reminiscent to how computer artists in the 60s and 70s would work in the night in order to gain access to the mainfraime computers of that period.

America was kind to me and I had a fantastic time. There was a large and depressing political shadow hovering over people, but living in the UK, I am accustomed to that.

Below I post a link to a recording that just came out when I was in New York. It’s a documentation of Tony Conrad’s collaboration with Laurie Spiegel and Rhys Chatham, performing in The Kitchen in 1972.